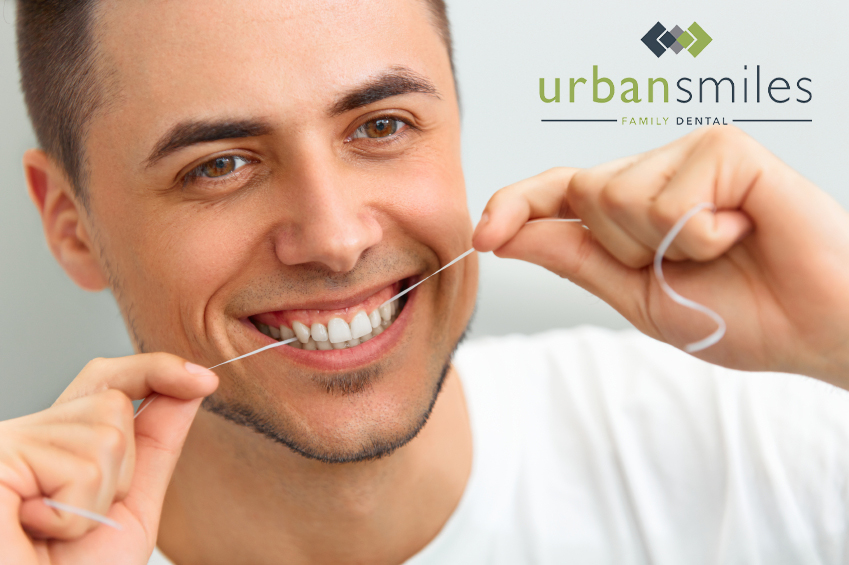 Mr. Levi Spear Parmly, a dentist from New Orleans,working in Canada is credited with inventing the first form of dental floss. In 1819, he recommended running a waxen silk thread “through the interstices of the teeth, between their necks and the arches of the gum, to dislodge that irritating matter which no brush can remove and which is the real source of disease. He considered this the most important part of oral care. Floss was not commercially available until 1882, when the Codman and Shurtleft company started producing unwaxed silk floss. In 1898, the Johnson & Johnson Corporation received the first patent for dental floss that was made from the same silk material used by doctors for silk stitches.

One of the earliest depictions of the use of dental floss in literary fiction is found in James Joyce’s famous novel Ulysses (serialized 1918–1920), but the adoption of floss was low before World War II. During the war, nylon floss was developed by physician Charles C. Bass. Nylon floss was found to be better than silk because of its greater abrasion resistance and because it could be produced in great lengths and at various sizes.

Since then, the variety of types of dental floss has expanded to include newer materials such as Gore-Tex, and different textures such as spongy floss and soft floss. And today’s floss has other features to make flossing easier. For example, floss with stiffened ends is designed to help with flossing around braces or other dental appliances.

Today, floss is a key part of twice daily brushing, daily flossing, and regular use of a mouthwash that make up a healthy routine for maintaining your oral health.

Factors to be considered when choosing the right Floss or whether the use of floss as an interdental cleaning device is appropriate may be based on: